Who's Afraid of Eduardo for Mayor? 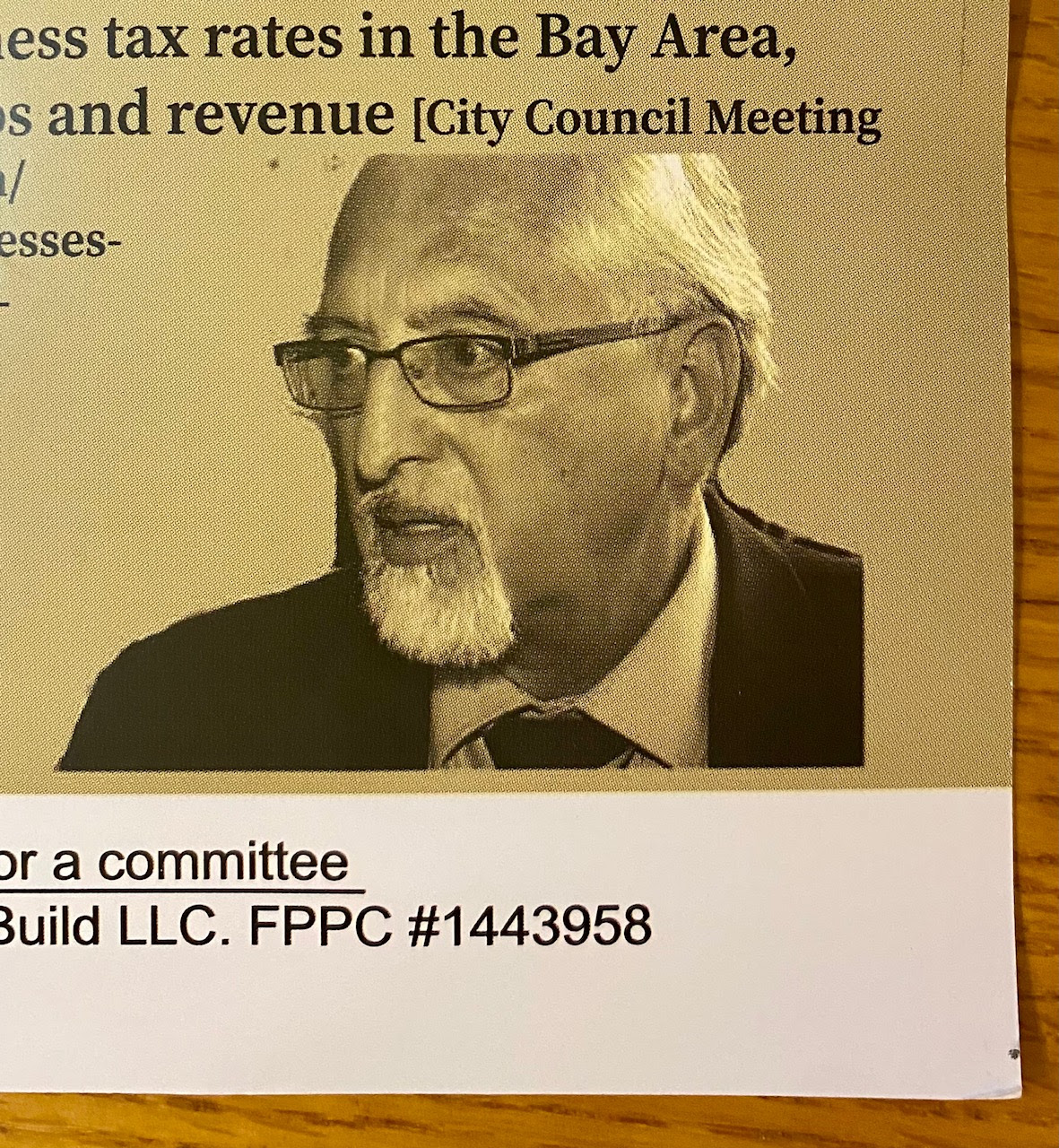 Last week, I received not one but TWO mailings telling me some pretty strange things about myself. Word is that I am a “loyal Marxist” who loves sideshows and hates street sweeping, property rights, and the police. If you believe the photos, Nat Bates is nearly seven feet tall, and I have green skin and a flat skull!

On my website you can see my actual positions on street sweeping, rent control (my so-called attack on property rights), and so on. But here, I would like to talk about who is paying for these dishonest mailers about me, and the true agendas behind them. Who's afraid that you're going to elect me mayor?

#1 Corporations That Want to Avoid Taxes

The first mailer claims that I am a loyal Marxist, even though I am a Democrat who is endorsed for Richmond mayor by the California Democratic Party, the Democratic Party of Contra Costa County, and the Young Democrats. This hit piece was paid for by RichPAC, with major funding from James Lee, CEO of the Richmond Chamber of Commerce.

I don’t have to guess why RichPAC would spend its money trying to defeat my mayoral campaign – Mr. Lee was helpful enough to explain his plans for influencing our elections to the Chevron-owned Richmond Standard.

The corporate-controlled RichPAC wants to elect a city council that will reverse Measure U – the tax on big businesses that was approved by more than 70% of Richmond voters in 2020. I helped put Measure U on the ballot, and that put me on RichPAC’s target list. Like most of you, I think global corporations like Chevron and Sims Metal should pay their fair share of city taxes, especially after not contributing enough to our city for decades.

But RichPAC wants a mayor and council members who will reduce those taxes or eliminate them entirely. And they know that’s not me. In addition to the flyer attacking me, RichPAC paid for billboards across the city promoting their preferred candidates: Nat Bates for Mayor, and Soheila Bana, Andrew Butt, and Oscar Garcia for City Council.

The second mailer says I “led the effort to defund police.” This attack was produced with major funding from the union that represents Richmond police officers. This, too, came as no surprise. As a city councilmember, I have had to say “no” when the police union asks for extremely large raises and bonuses that would push the city towards bankruptcy. As a city councilmember, I have a responsibility to stay within budget as we try to fill vacant police positions and pay for all the other services our city needs.

Fiscal responsibility is also why I voted last year to take from the police budget $3 million that was tied to their chronically unfilled positions. We moved that money to crime prevention programs like the Office of Neighborhood Safety, which has been proven to dramatically reduce gun violence in Richmond. Continuing to pour taxpayer money into unfilled positions year after year is a form of government waste – it creates a slush fund – and I’m proud that I was part of a city council that faced the problem head-on. We guaranteed that no police officer would be laid off as a result of that budget adjustment, and none were. We have honored that commitment.

But the police union does not tolerate any reductions in their budget, so it has put about $100,000 of its members’ money into supporting both Nat Bates and Shawn Dunning for mayor and attacking me. That will pay for a lot more mailers to your home. Attack ads are the worst part of election season, but frankly, I’m too motivated by the progress we are making on city finances to back down now. One example of our progress is the recent upgrade of the City of Richmond’s bond rating.

In conclusion, if we are serious about improving Richmond’s future, we need leaders who can commit to:

For that, you can count on me.